Yet Another Dodgy Road

Roads in Laos seem to be very windy & bumpy.

We headed from Vang Vieng to Vientiane, only a four hour drive.

Lunched at a place opened up to keep kids off the street, great food if only a bit slow but then we are a group of 30 odd. 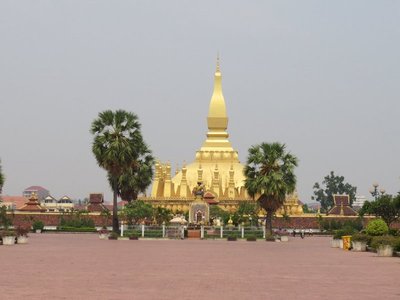 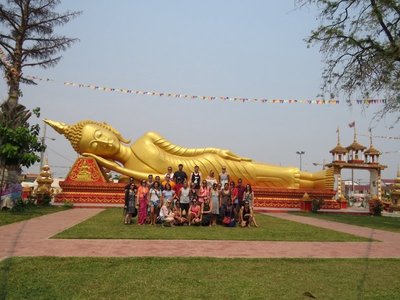 Nearly died climbing the 200 odd steps up the Patuxai (Laos own Arc de Triomphe) it's hot, sticky & half of us had no energy but we did. 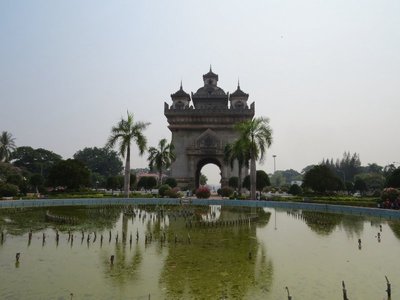 Felt a bit school trip like but we visited the COPE centre and learnt about the damage caused by landlines, very interesting however you are only allowed in the visitors centre (they do play a movie for you) but it would have been interesting to see there workshops & things. 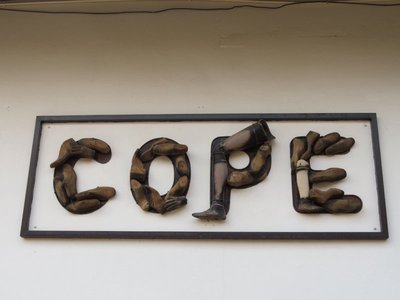 Had planned on browsing the markets & observing Thailand on the otherwise of the river but suddenly the wind picked up and they packed up, looks like a storm headed our way. The power has flicked a couple of times, fingers crossed we don't end up in the dark. Tomorrow we head to Cambodia.

Nothing Much to Report

A pretty boring post really.....I got a lie in since I'm absolutely paranoid of kayaks which was a good thing since I woke up not feeling the best. Explored town, had a massage, slept, treated myself to an iced Laos coffee (I'm in love) and cinnamon bun, tough day I tell you.

Now just sipping a coke at the bar watching the sunset over the mountains. 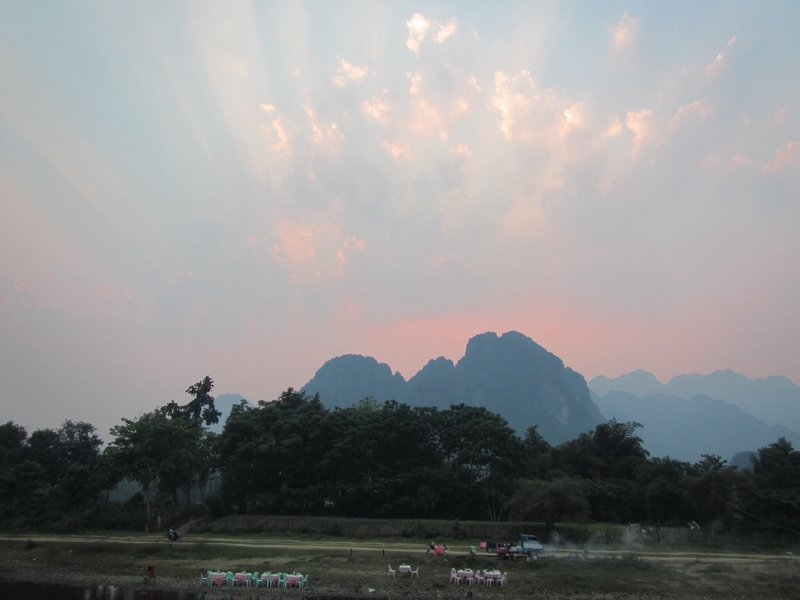 This is yesterday's sunset, today's isn't as magical

Where did you have lunch today 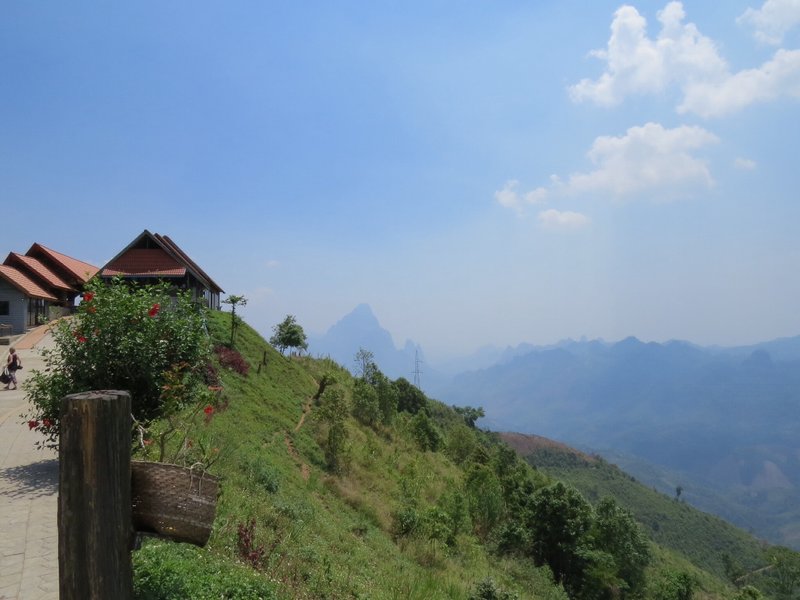 This is where I had lunch on top of the world!!! But it was one hell of a climb to get there thankfully we were on a coach but after 7 hours of twisting & turning I'm glad to be stationary.

Now we've all seen those worlds worst road shows well this one was enough for me quite often there was a drop on one side, a gutter & mountain on the other. The road was rough, windy & only about 1.5 cars widths wide. We did pass a section that had broken away but that wasn't what scared me about half hour into the trip were coming round the bend & find a truck getting its tyre changed pretty much in the middle of the road on the bend. The little tyre truck was on its right (they drive on the right hand side here) so we had go on the inside all well & good if you mind the gutter but it gets worse so the bus drivers going for the pass on the inside & what is on the other side a fuel truck. I'm like this is it for someone, someone's going over the edge or getting blown up. Didn't need to worry about a thing, the bus driver had it under control & after that any pass was easy. We meandered from Luang Prabang to Vang Vieng we passed villages, cows, so green yet so dry. 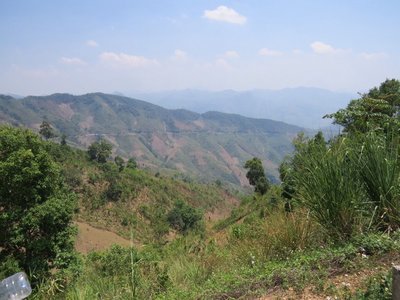 Even the toilet had a view 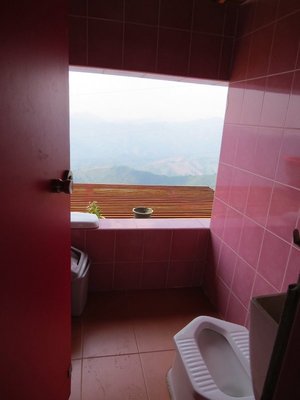 Whose alarm goes off at 5.15am when there on holidays.....mine! A nice early start because we got to participate in the Alms giving ceremony. We knelt on mats & put sticky rice in the bowls of novice monks well worth getting out of bed for. 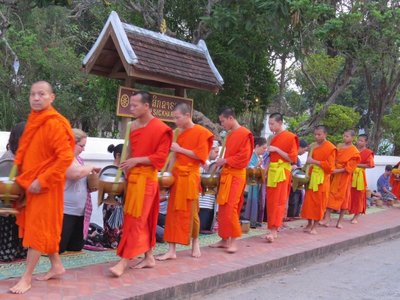 So what else do you do when your up early....go for a ride of course. I swore ild never do it again but somehow I found myself on the back of an elephant & enjoyed the experience far more the second time. Was nice just walking by the jungle & river. 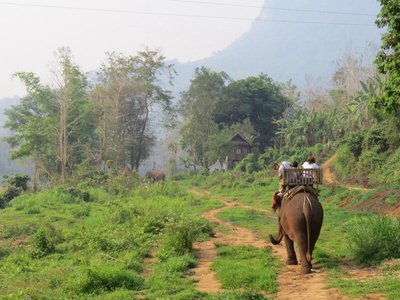 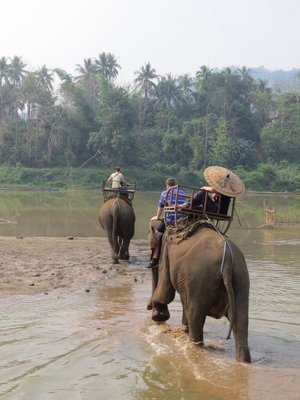 How else do you spend your afternoon other than a trip to paradise. We bumped along a road that seemed to have more holes than not & traffic yeah let's not go there lets just say it's interesting. We walked a little & there it was 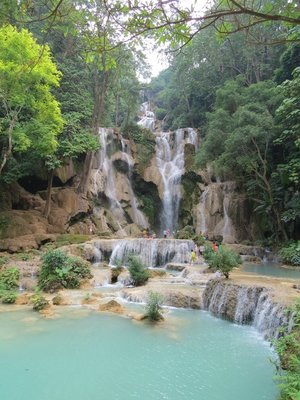 Kuang Si waterfall isn't it beautiful! So blue compared to the brown of the Mekong. Had a little dip was so nice & cool. 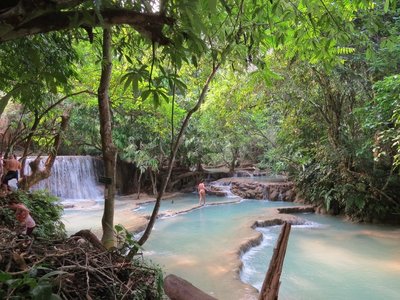 Why did the Monk cross the road?

Not sure as a women there not allowed to talk to me but we are seeing more & more, there orange robes standing out as they go about there lives.

Believe me when I say it's been a tough day : ) we continued our cruise up the Mekong 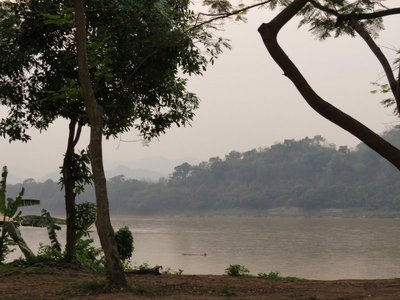 to our destination of Luang Prabang, were here for two whole nights!!! Not packing & moving on for 2 days!! Ok so cruising isn't tough but we stopped at Pak Ou caves & the steps ... There not a uniform size here some have got to be at least 60cm high no kidding. The cave is full of Buddhas 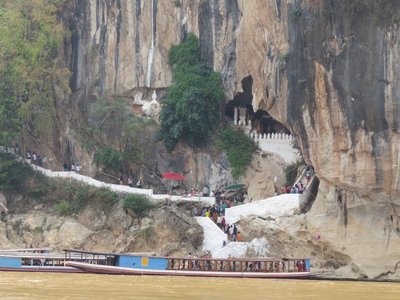 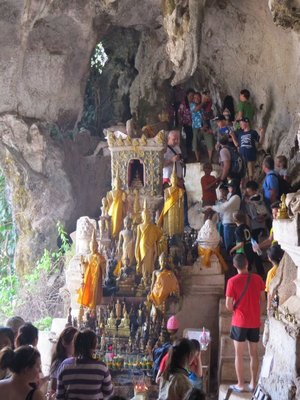 We arrived in Luang Prabang & instantly wanted to get back on the boat not only did we gave more horrible steps but the heat had returned along with its mate humidity. The air cons in our hotel work awesome when there not on fan.....

We took a bike ride to the Wat Xieng Thong, no gears on the bikes make the slight inclines hard work wondering if I'm at boot camp instead of contiki. 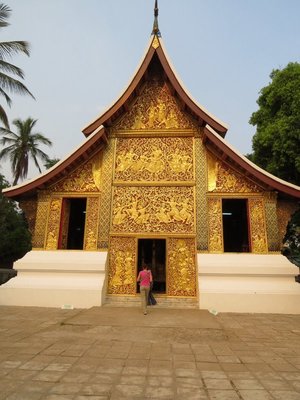 We were rewarded with some local alcohol snake whiskey, just a little strong but were all cured of everything. 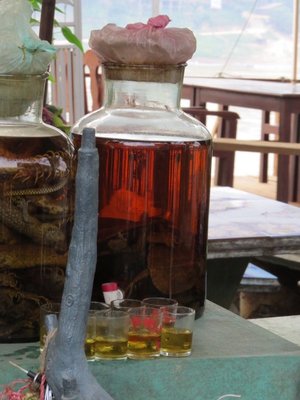 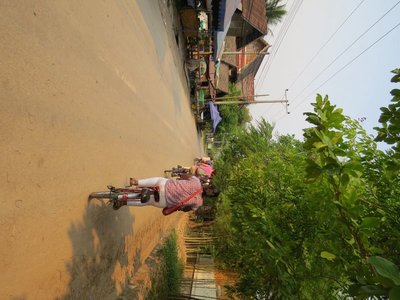 Sorry this pic is for your neck exercises