Yesterday we traded the mountains for the beach as we said goodbye to Nikko and headed to Kamakura. We really were quiet yesterday arriving in Kamakura about 1pm we dropped our bags off & checked out our quirky room at Omachi Junxion. The weather has been quite warm & humid here so I’m actually looking forward to some cool weather for a change. We had a little walk around the area, stumbled across a temple you can’t enter but you are able to explore the grave yard with its graves hidden in niches in the rock.

First up today we caught the electric railway to The Great Buddha, it wasn’t as big as the one at Nara but still quite impressive as this one stood out in the open and for a small fee you got to go inside. Inside was not really that exciting just a hollowed out Buddha, no peaking out the eyes or anything, still interesting learning how it was build. 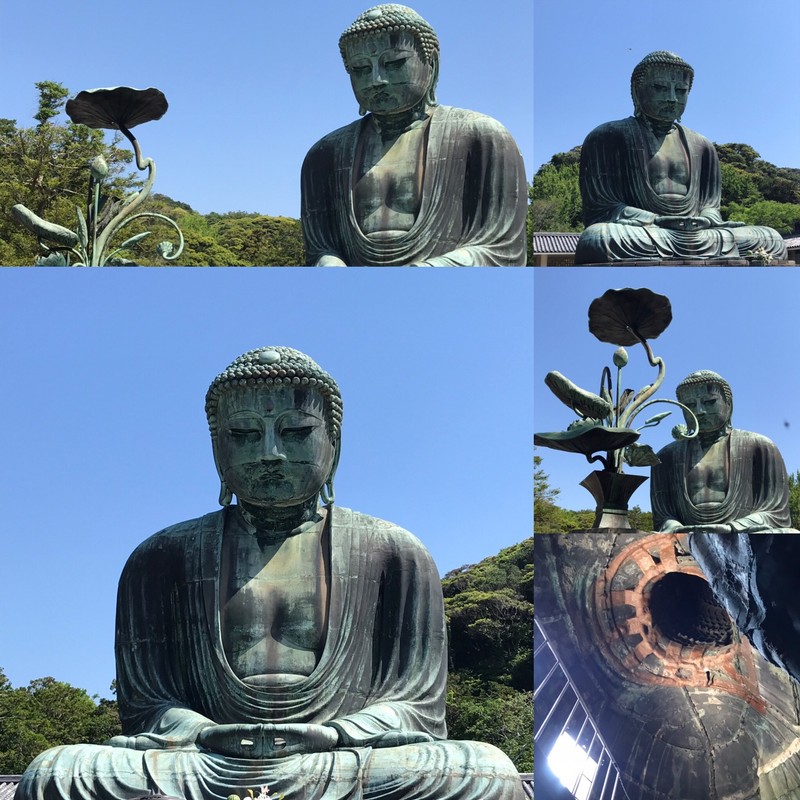 Leaving Buddha we found a hiking trail through to some other temples, the stairs to the start were hard work but after that it was alright except somehow we ended up back on a major road. Never mind we managed to find our way to Zeniarai Benzaiten Ugafuku Jinja Shrine, where we washed some of our money as the story goes its meant to double....I’m still waiting. However it was still pretty cool you entered through a rock tunnel into an open area and the shrine where you washed the money was in a niche in another rock. 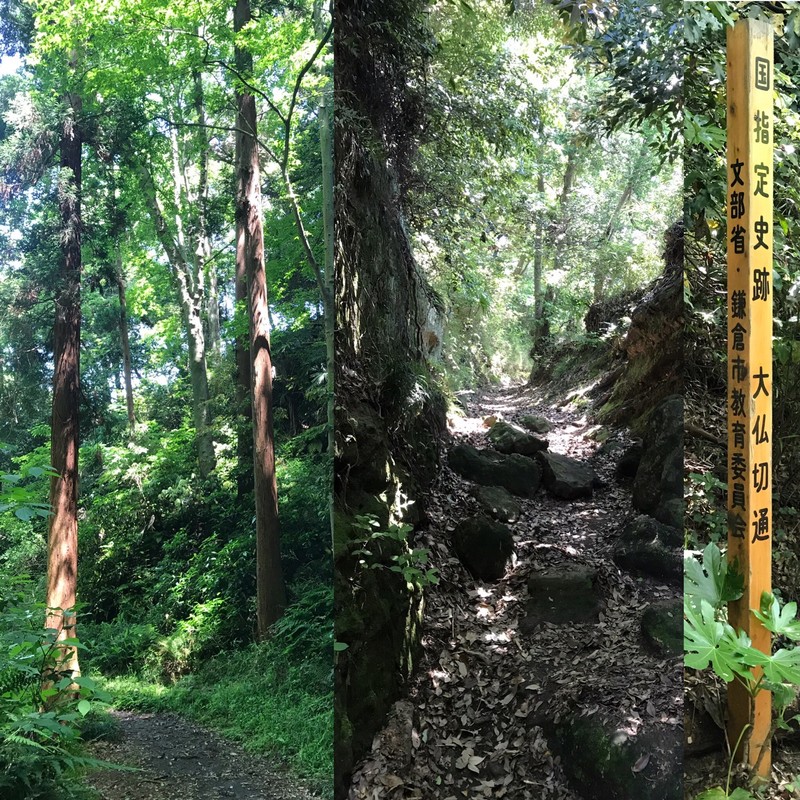 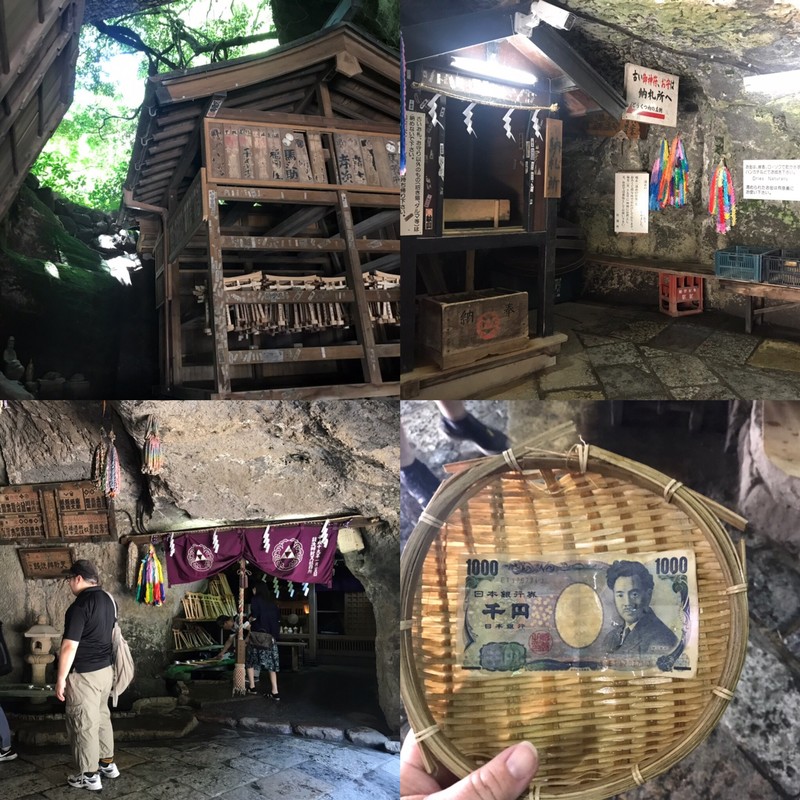 On our way had noticed another shrine, Sasuke Imari Jinja Shrine so we detoured via that, more steps (I’ll sleep well tonight) and there were all these little cat figures. Actually thinking back they were kinda creepy cat figures, small & exactly the same, I’m sure they followed us. 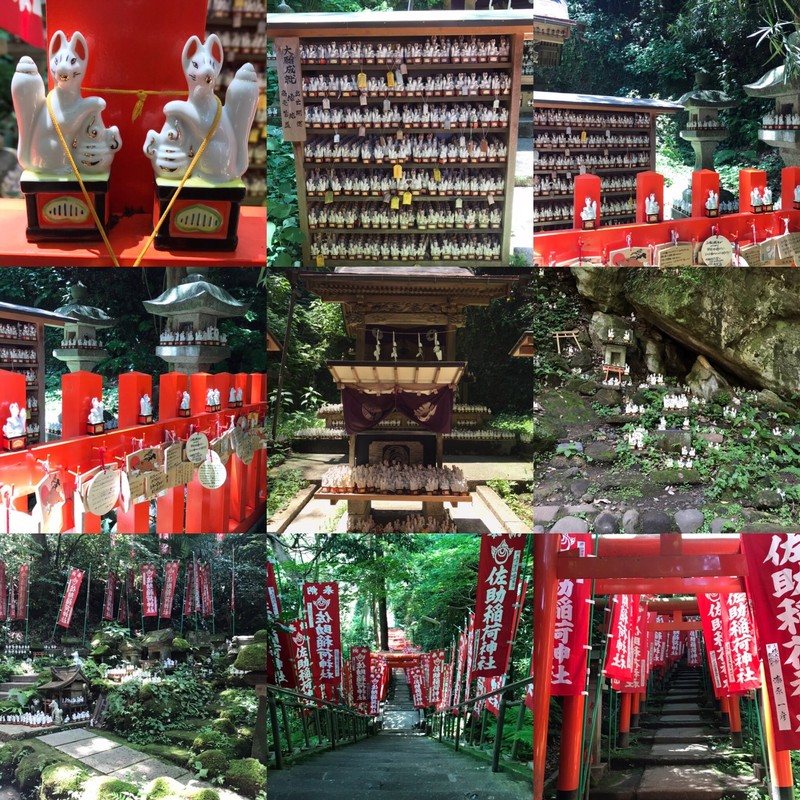 After one last noodle soup we jumped on a packed electric railway car and headed for Enoshima, an island connected by a bridge. There are steps up to the Shrine but there’s also an escalator!!! I know an outdoor escalator, I was exciting & quickly jumped inline to pay I had had enough of stairs for the day. We explored a little at the top before taking the steps down (escalator only goes up {insert sad face}). 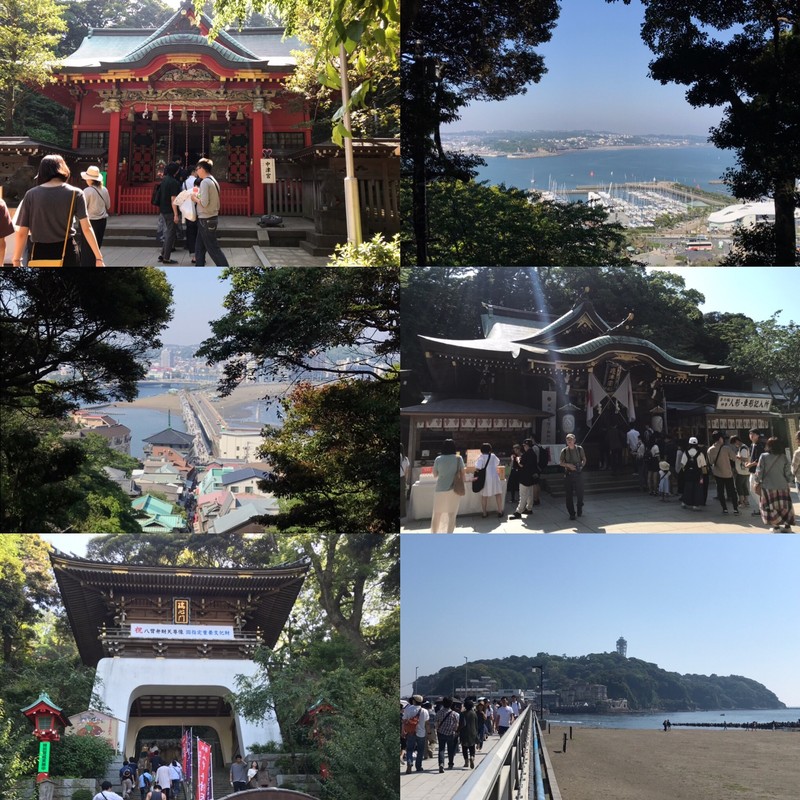 After all the walking & stairs plus a couple gin & tonics (with real tonic!) during happy hour think I’ll sleep well tonight.

Previous Next Table of contents

Comments on this blog entry are now closed to non-Travellerspoint members. You can still leave a comment if you are a member of Travellerspoint.

If you aren't a member of Travellerspoint yet, you can join for free.